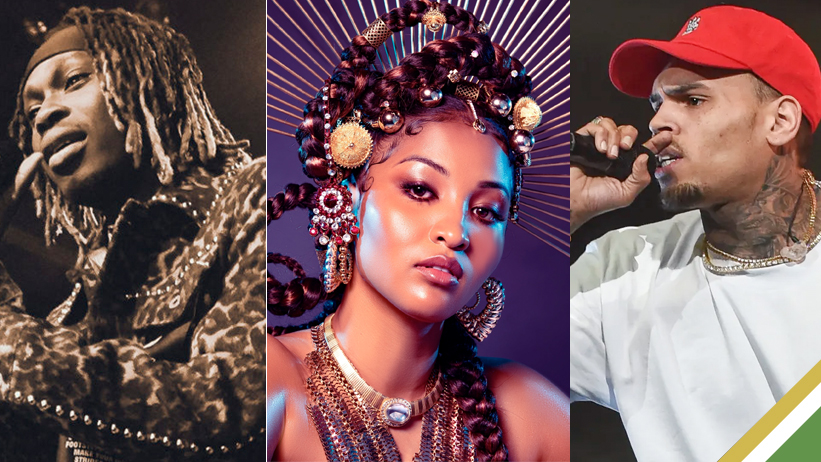 The single “Diana” by Fireboy DML, Chris Brown, and Shenseea has been nominated for “Outstanding International Song” at the 54th NAACP Image Awards.

With 80 categories spanning cinema, TV, streaming, music, literature, and podcasts, the NAACP’s Image Awards celebrate the best work by and performances from people of colour in the film, music, and entertainment industries.

The songs “Bad To Me” by Wizkid (RCA Records/Starboy/Sony Music International), “Last Last” by Burna Boy (Atlantic Records), “No Woman, No Cry” by Tems (Def Jam Recordings), and “Stand Strong” by Davido featuring the Sunday Service Choir (RCA Records/Sony Music UK) are competing with “Diana” for the award for Outstanding International Song.

This year’s award nominees were broadcast on television, and Shenseea’s tour manager Dizzy Cleanface took the opportunity to extend his gratitude to the creators of “Diana” by posting a congrats message on social media.

“Congratulations! @shenseea was nominated for a 2023 NAACP Image Award for Outstanding International Song! also congratulations to @thatboysp & @aleicia for writing this. We Good @fireboydml @chrisbrownofficial @teezio,” the manager wrote.

During a press conference, NAACP President and CEO Derrick Johnson noted that this year’s nominees “have conveyed a wide range of authentic stories and diverse experiences that have resonated with many in our community, and we’re proud to recognise their outstanding achievements and performances.”

Music lovers have until February 10, 2023, to cast their votes for their favourite performers. The Image Awards winners will be announced at a two-hour live show on February 25, 2023. The awards ceremony will be held in person this year for the first time since the pandemic began.

Meanwhile, several fans and colleagues in the entertainment industry wrote fire emojis under the post to congratulate Shenseea, including Busta Rhymes, and Romeich Major, among others.

Although she hasn’t commented on the nomination personally, the singer has reposted her manager’s NAACP announcement video.