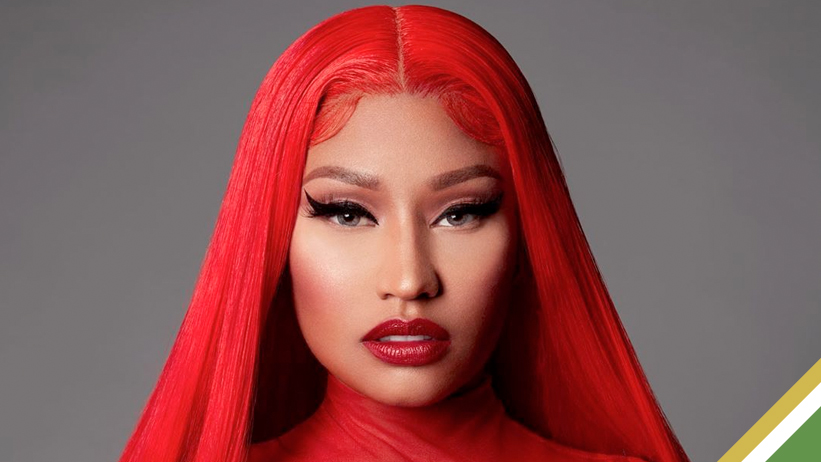 Nicki Minaj has a new place to call home.

Just before the holidays, the rap queen closed on a palatial mansion in the exclusive Hidden Hills community just outside of Los Angeles. According to The Dirt, Nicki paid $19.5 million for her new crib.

There will be plenty of space for her son Papa Bear to roam. The modern farmhouse sits on a full acre and boasts 12,000 square feet of living space, eight bedrooms, and 10 bathrooms. Other features include a detached guesthouse, cabana, saltwater pool, spa, and Baja shelf for sunbathing.

The property was built this year and never even officially hit the market. It sold before listing on the MLS.

Nicki and her husband Kenneth Petty won’t be moving far. The couple had been renting a hilltop mansion in nearby Calabasas as they searched for the right house.

Nicki joins a long list of famous Hidden Hills residents. Her new neighbors include the Kardashians, Will and Jada Pinkett Smith, and Lil Wayne, who bought his own $15 million mansion in the gated enclave in 2021. In June, Drake sold his famed “YOLO” estate for $12 million 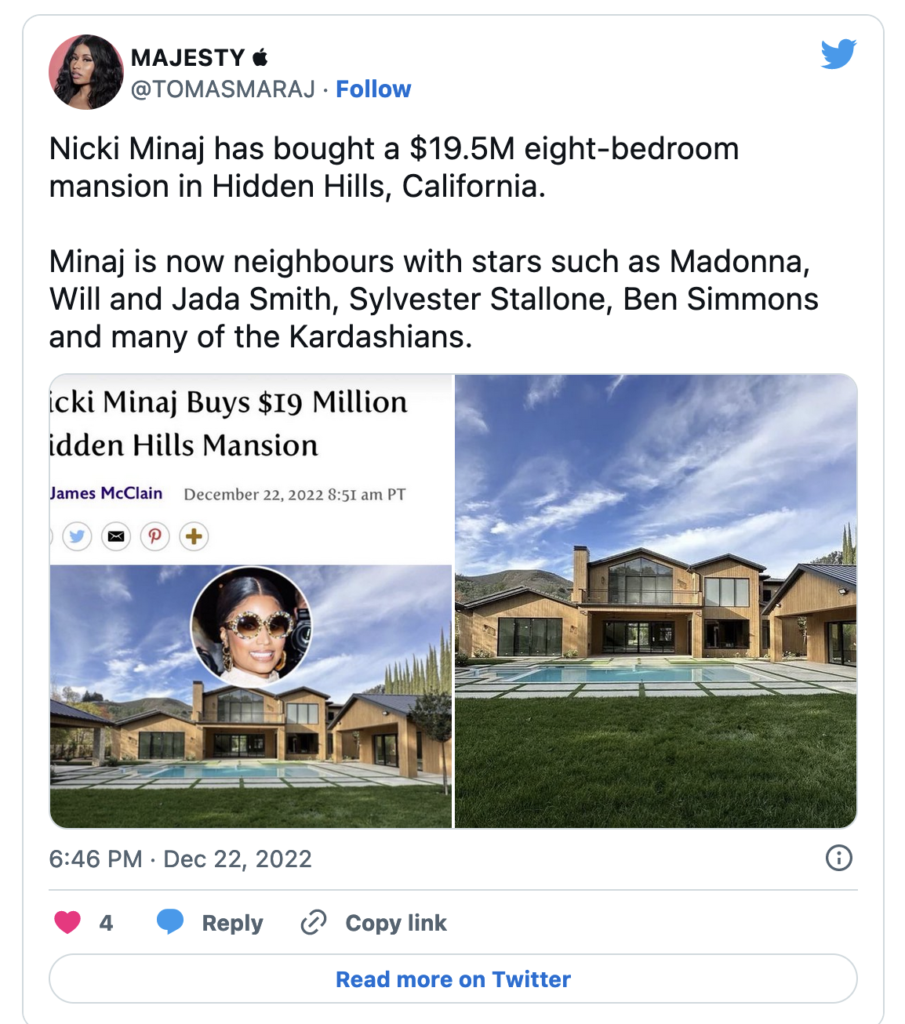