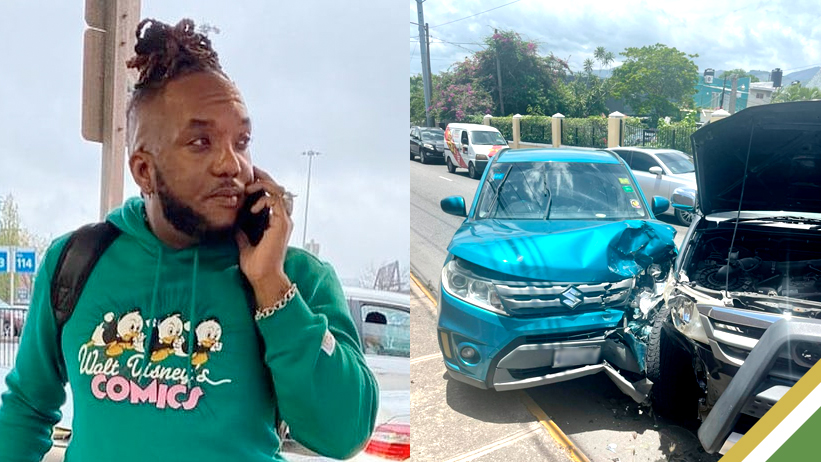 Media personality and programmes manager for ONStage TV, Jason Williams, is counting his blessing after a scary encounter that left him hospitalised.

The incident occurred on Thursday afternoon while he was en route to an assignment. According to the preliminary report, Mr William was driving in the vicinity of Kingsway (Devon House back gate) when a female motorist exiting an apartment complex inadvertently engaged her accelerator instead of the brake, resulting in the vehicle launching into the road and hitting Jason’s Suzuki Vitara.

Shaken by the ordeal, the media personality was subsequently taken to the hospital, where he was treated and later released. It’s understood he suffered a sprained arm from the accident. The condition of the female driver has not been ascertained. However, one eyewitness report suggests she was not injured.

The matter has been reported to the police and is currently being investigated.