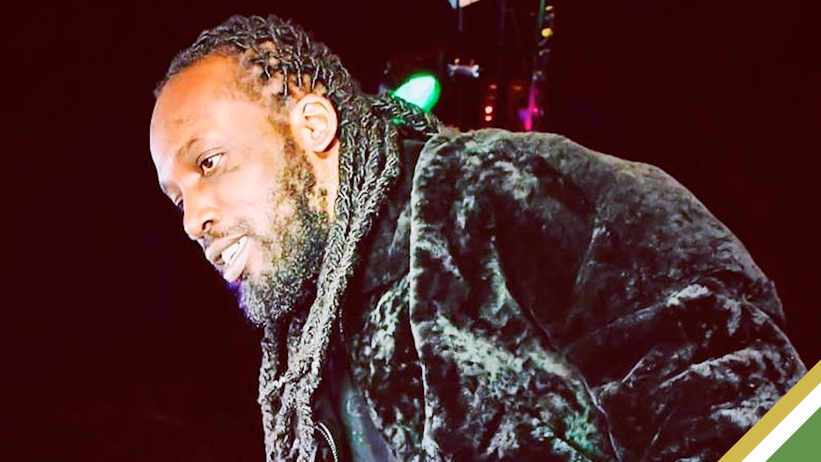 Following news emerging in recent days about allegations of fraud at financial institutions in the country, Dancehall Star Mavado shares his thoughts on the matter, which has gained international attention.

He wrote: “Jamaica full of white collar criminal and the government is not doing anything about it because the people who’s taking your money are friends of the bosses who runs the country and who makes the talk and support white collar crime against the people..who came from nothing to something.”

He further states that “under this government you will never see the real criminals goes to jail as long as they come from up town where everyone goes to the same school and grow up together….. we have to pray because it’s a serious thing and it’s getting worse because now dem getting very dry eye with it so who’s going to save us.”

His comments came after U$12.7 million went missing from retired Sprint King Usain Bolt’s account at Stocks & Securities Limited (SSL), which is now being investigated by the authorities. Bolt’s Attorney, Linton P. Gordon, demands that the money be returned. Gordon said Bolt’s account currently reflects a balance of only U$12,000.

Ironically, Mavado is also a victim of fraud. After disbarred, Attorney-at-law Jennifer Messado defrauded him of approximately J$30 million in a 2017 real estate transaction. His Lawyer, Oswest Senior-Smith, had communicated that the entertainer should know by March whether or not he would get back his money. 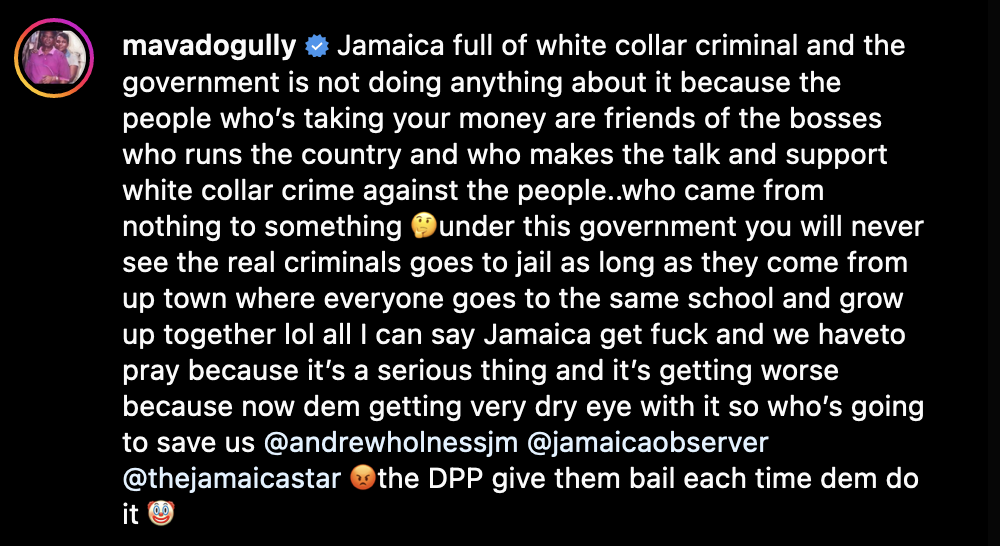