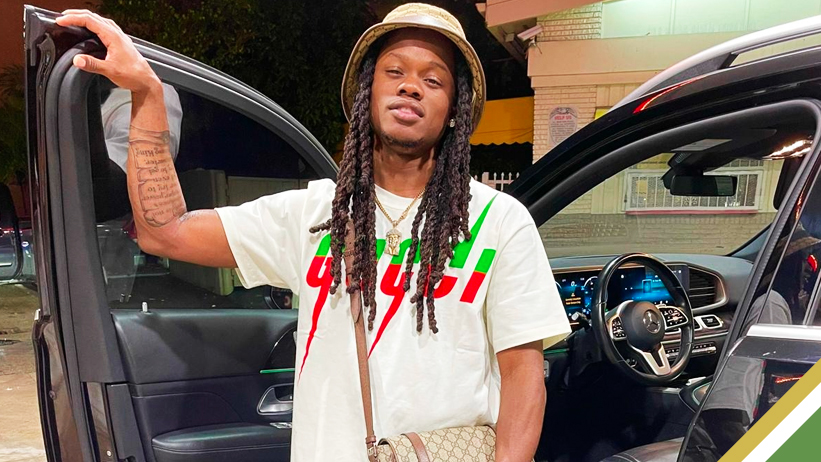 On Wednesday morning, a thief narrowly escaped getting killed after breaking into the motor vehicle of dancehall artiste Jae Prynse.

The incident occurred at approximately 5 am at a popular hotel in California where the entertainer and businessman had stopped for a few hours.

“Around 5 am, mi inside di hotel room lay dung when mi hear a loud noise outside, an it sound like it a come from the parking lot. Suh mi jump up throw on some clothes and grab me gun just as a precaution.” – he explained.

“By the time mi open di door and rush out to the parking lot is a man mi see a run from mi car wid a bagga tings inna him hand suh mi shout after him and him start run even faster and jump inna a car weh did a wait pon him and dem speed off.” – The “Bruk Life Dead” singer said.

A licensed firearm holder, Jae said he could have shot the man but opted not to as he fled with his back turned and posed no imminent threat to his life.

Returning to the scene, it revealed that the thief had used a heavy object to smash the back windscreen of his 2022 Mercedez Benz GLE truck and removed numerous valuable items, including a brand new Playstation 5 console and several pieces of designer garb and a pair of shoes.

“Mi generally don’t leave anything in the car, but mi a drive for hours and get tired, so mi stop at a hotel to get a couple hours’ rest before going back on the road, and then dis happen.”

Recounting the ordeal, Jae Prynse remarks that having your possessions stolen is never a good thing, but he is content that no lives were lost,

“No life nuh lost, and that is what’s most important. Everything happens for a reason; maybe dem did need di things dem more than I did.” – he declared.

Now residing in the U.S., the Spanish Town artiste says he will not allow this incident to derail his mind from seeing the good in people but admits he’s become increasingly vigilant of his surroundings, primarily as he focuses on growing his recently launched trucking business.

Jae Prynse is best known for the hits “Try Harder“, “Broke Life Dead“, and “Faker To A Friend.”