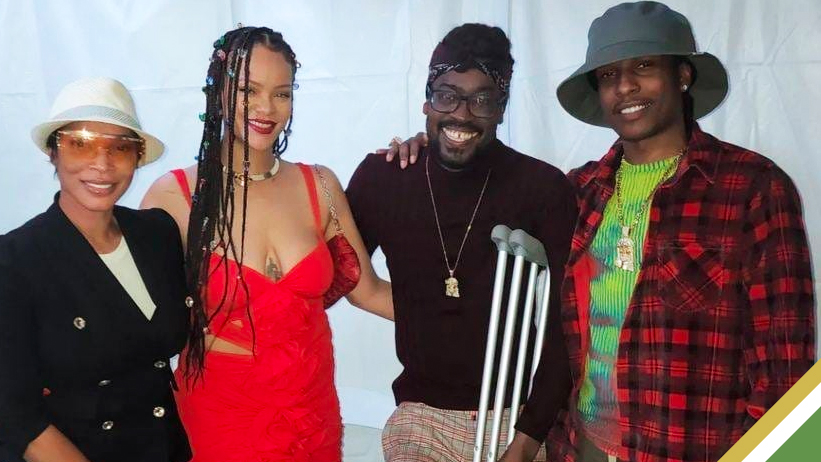 Currently in London, England, for a rescheduled concert at the Eventim Apollo this Sunday (November 27), dancehall icon Beenie Man did not disappoint concertgoers in Barbados on Friday evening despite facing some challenges.

Relegated to crutches due to his inability to walk from a recent motorbike accident, the dancehall doctor never allowed that to impede his performance as he served up a scintillating set at the inaugural IMAGINE three-day festival alongside the Warlord Bounty Killer.

Other headliners include Popcaan and soca great Machel Montano. However, the evening’s biggest surprise came when Barbadian national hero and pop superstar Rihanna and American rapper A$AP Rocky popped up backstage to show their support for Beenie Man as the trio embraced and spoke candidly.

Love and light to @badgalriri @asaprocky. Great vibes all the time,”

The festival, which got underway from November 25-27 as part of the Barbados Independence weekend, comprised five huge parties, including a pair of Beach and Bacchanal jamborees. On Friday, November 25, Beenie Man and Bounty Killer took centerstage at Iconic, while Popcaan and Machel will seize the reins tonight (Sunday, November 27) at IMAGINE Live.