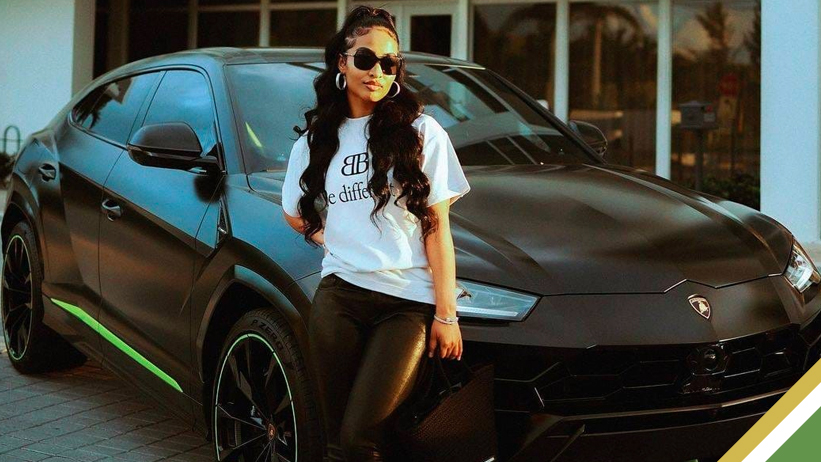 Shenseea has become the latest in an elite group of local entertainers to own a Lamborghini. The singer revealed the pricey purchase on Friday via her official Instagram account.

Captioning a collage of video and photos while flexing in her newly acquired matte black and spring green Lamborghini Urus, the dancehall hitmaker wrote,

“I remember when I used to walk MILES to work just so I could save the little I had, even when i was 9 months pregnant. I promised myself in the future I was gonna get a Lambo. Now I bought one myself,…Sometimes I do it To show you it’s possible. New Keys 🔑 Same Drive!”

Taking to the comments section, the “Blessed” hitmaker was lauded by several of her peers for the accomplishment, among them manager and businessman Romeich, Bounty Killer, Tarrus Riley, Stephen “Di Genius” McGregor, Tony Matterhorn, ZJ Spark, Escodashocker among others.

The base price for a new Lamborghini Urus is approximately U$230,000. Given that Shenseea’s was furnished with several upgrades, including a distinctive matte black paint job with spring green trims and a custom interior, the cost could have inflated to roughly U$250,000. That’s almost $38,000,000 in Jamaican currency.

In 2018, Lamborghini unveiled the Urus; since then, the Super SUV has been one of the company’s biggest sellers.