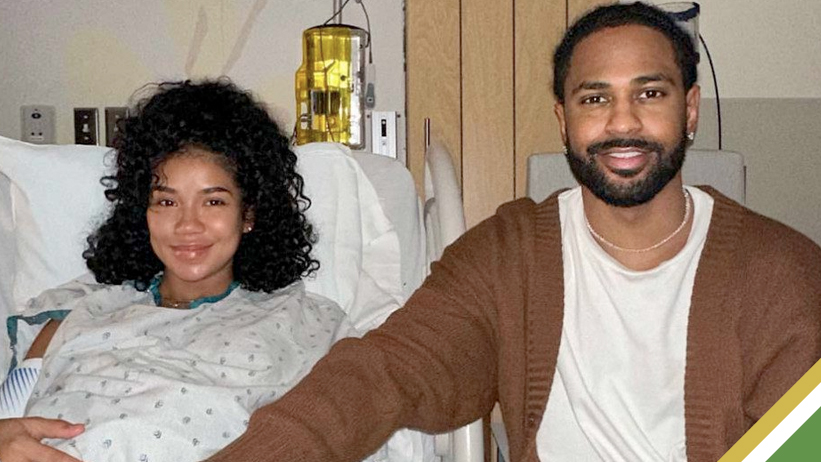 Jhené Aiko and Big Sean have much for which to be grateful on Thanksgiving.
The couple has given birth to their first child. Jhené gave birth to a baby boy named Noah Hasani on November 8 in Los Angeles after a full day of labour.

In addition to revealing his name, Jhené also revealed images from the delivery room. Sean and her mother, sister Mila J, and daughter Namiko joined her. A photograph of her deceased brother, Miyagi Hasani, was prominently displayed in the room. Jhené honoured Miyagi by naming Noah’s middle name Miyagi.
She captioned her slideshow,“After 24 hours of labor, a total lunar eclipse, and while it was pouring rain… he came 🥹 my baby Yoda, my Sani,”

Among the photographs that Sean shared from the hospital was one of his son holding his finger.“After 24 hours of Labor, A Lunar Eclipse, with rain from the beginning of labor til he was born, he’s here safe and sound,” wrote the new dad. “Happy, Healthy and everything we could ever ask for and more. Any and everything for you Son. 💙Noah💙.”

Their celebrity friends, including John Legend, 2 Chainz, Juicy J, DJ Khaled, T.I., and Ella Mai, extended their congratulations.
Jhené and Sean announced they were expecting their first child in July. Jhené has a daughter, Namiko, who is 14 years old, from a previous relationship with Omarion’s brother, O’Ryan.