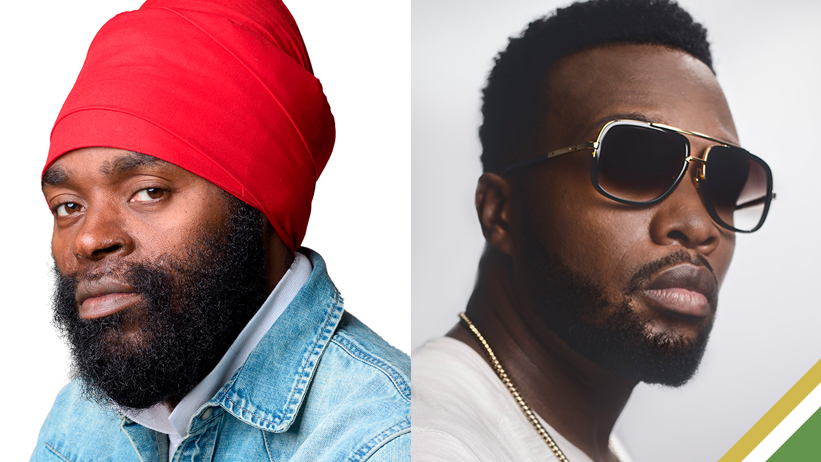 Always waving the banner of morality, reggae firebrand Bugle, known for his thought-provoking music, philanthropic efforts, and fight for social justice, took to social media on Wednesday afternoon to salute comrade Agent Sasco for his musical achievements and continued contributions towards nation-building.

In a lengthy Instagram post, the Rastafarian crooner lauded Sasco’s latest triumphs and for overcoming the many obstacles thrown at him throughout his career. The post read,

“In an industry filled with egos, we tend not to acknowledge the accomplishments of others, especially when they are positive. So I want to say commendations to Agent Sasco; we have seen your journey from then till now with all the trials and lyrical conflicts to your transition of upholding better moral values in society.

Teaching the youths in the prison system, the recycling initiative, getting inducted into the Camperdown High School hall of fame and receiving your Order of Distinction (O.D.) from the Jamaican Government. Bredda, we salute you; keep trodding the positive path. #RastaLove @agentsasco“

Overhauling his image and music in recent years, Agent Sasco has been very active in various social development campaigns, including a music program for inmates at the Metcalfe penal institution and partnering with Recycling Partners of Jamaica (RPJ) on an islandwide plastic cleanup campaign.

At last month’s National Honours and Awards Ceremony, held on the lawns of King’s House in St Andrew, the deejay was conferred with an Order of Distinction (O.D.) for his “outstanding contribution to music, philanthropy, and positive pro-social message to youths,”

A past student of Camperdown High, he was also inducted into the school’s hall of fame.

Meanwhile, Bugle’s Toxicity album, the repackaged deluxe edition released in summer, is currently among the 67 albums shortlisted in the Reggae category for GRAMMY consideration. The “Pearly Gates” hitmaker is set to embark on a series of concerts throughout the Caribbean and North American diaspora in the weeks ahead.