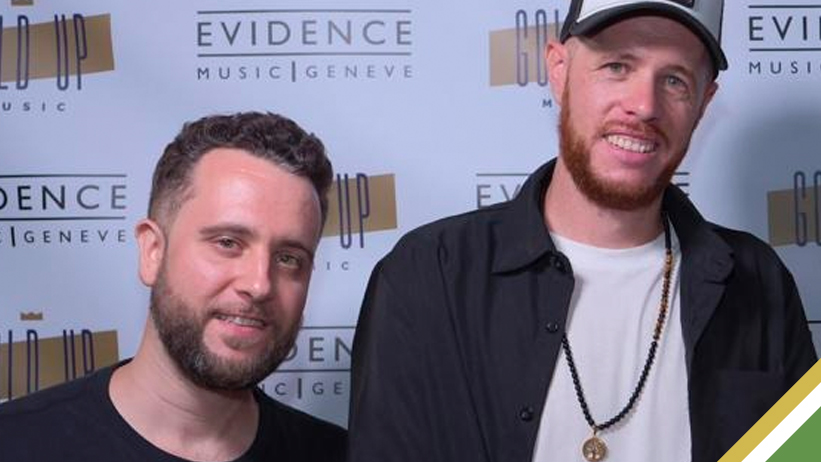 The 14-track compilation comprising cuts from Bugle, Beenie Man, Busy Signal, Charly Black, Elephant Man, Laa Lee and African superstar Shatta Wale, among others, has peaked at No.1 on the iTunes Reggae Albums chart in Canada, Germany, Nigeria, Taiwan, New Zealand and Cap Verde while occupying the No.2 spots in Switzerland, Austria and Sri Lanka. It’s also No.3 in Norway, No.4 in The Netherlands, and No.6 in the U.S, with the United Kingdom rounding out the list at No.7.

Jam-packed with hits, Introduction provides a reinvigorated balance between the veterans and new-generation artists, boasting a line-up that creates echoes across the global music landscape.

Reacting to the news, Raph, one-half of the French/Canadian duo, says, “We are very please with the current reception the project is receiving,” citing that the album serves as “a window into a new chapter where fans can get to enjoy some quality music while getting to know Gold Up better.”

Now available on all major digital and streaming platforms, the project is distributed by Swizterland-based Evidence Music.

No stranger to the Jamaican music scene Gold Up Music is responsible for producing a plethora of hits saturating the diaspora, such as Laa Lee’s “Bird“, “Belong With Me” by Shenseea, Kyodi’s “Mi Nice Mi Nuh Drunk“, “Bubble It” By Busy Signal and ZJ Liquid and Badda General’s “Barrel“, among a growing list.