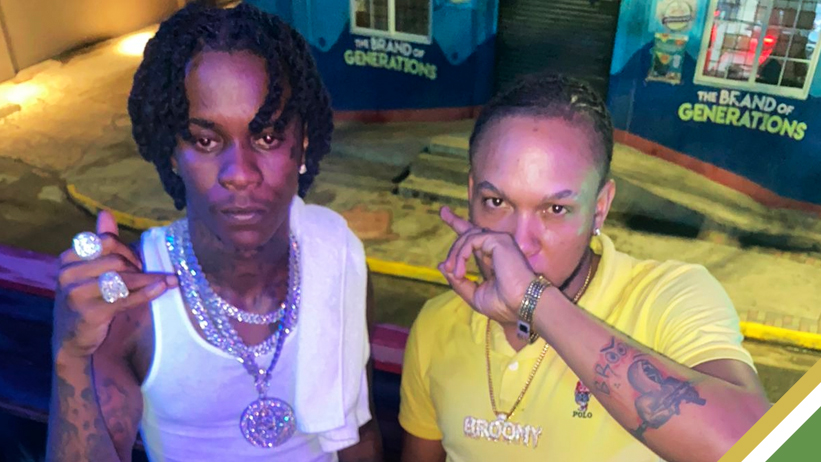 Trinidadian recording artist Prince Swanny, one of the pioneers of TriniBad, a unique fusion of dancehall and trap music that has taken over the twin-island republic, is currently in Jamaica.

On Sunday, the TriniBad star was spotted in St. Ann along with Jamaican deejay Xklusive at a popular hotspot in the parish.

A source close to both entertainers informed Prism Marketing Consultants that a collaboration might be in the works as dialogue continues between the two.

Presently, Prince Swanny is one of the most celebrated artists in this emerging sub-genre in both streams, with over 210 million YouTube views and approximately 350,000+ followers across social media. On all digital music services, his 2020 single Catch 22 is currently the most streamed of any song in the genre.

Despite the suspicious name, the St. Ann-based deejay maintains that the song is not about scamming. In a recent down with popular podcast, THE FIX, he declared,

“This is not a scammer song. I am just singing about new ways in which people are paid digitally for their services. When I say, feel like MOCA ah watch me, that’s to say, the amount of transactions I receive, people would believe I must be scamming.”

Meantime, the official video for “CashApp” continues to see an upward trend in views.

Xklusive is currently working on a new EP. However, no definitive date was given for its release.