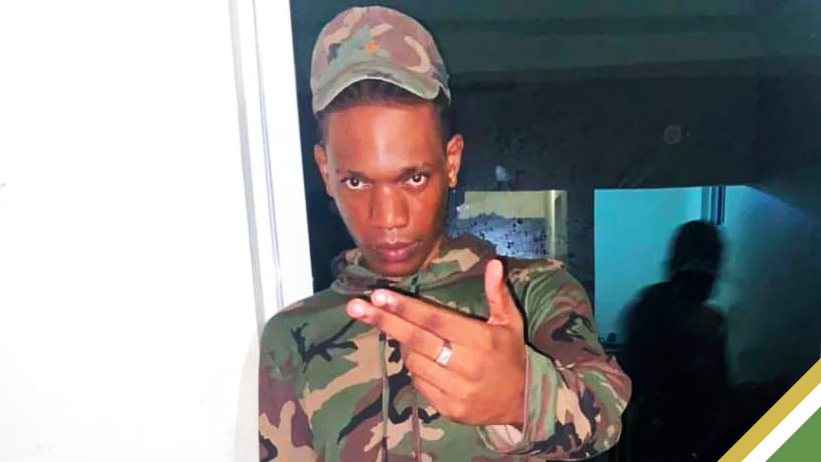 Valiant, one of the hottest emerging talents in recent weeks, is now dominating the local dancehall scene with his catchy new slang “Kotch e hat a lie!” accompanied by a pair of heavily rotated singles.

St. Mary, the first of the two released in summer, has amassed over a million views, while North Carolina currently occupies the No.1 spot on Youtube’s Trending Music chart with almost 600,000 views.

A past St Mary’s College and Oberlin High School student, the singjay, also known by the moniker “Fadda Dippo,” has been trying his hand at the dancehall game for a few years and was even an affiliate of Popcaan’s Unruly squad.

Despite his best efforts, and even using the pandemic to hone his skills to make his craft more appealing to the masses, nothing came to fruition. Inadvertently his break came only days after being on the set of a video shoot amid celebrating his birthday.

According to Valiant, “Me a focus on reviewing some footage from the video shoot we a do. It was my birthday and me ah shoot a video. A member of my management team was recording me looking at the footage and shout me and say Fadda Dippo! and me turn round an seh Kotch e hat a lie, a mi birthday so mi did under a vibes and just a enjoy myself.”

Valiant says his friend ‘Jah Jah‘ encouraged him to post the clip despite being tired and not looking his best due to the day’s activities. Nonetheless, he complied. After posting the clip, the entertainer said the following day, his team told him that the clip had gone viral on Tik Tok, which led to his utterances becoming a trending slang.

Valiant expressed that he is happy with the current attention being receiving because being an artiste is not easy,

“artiste is a mental thing, especially when you see everybody a buss left yuh, and yuh start get emotional bout it, but you have to focus on your thing, your craft.” – he stated.

Valiant intimates that with the current groundswell of attention around his career, plans are afoot for the release of an EP and two additional singles, one of which is geared towards the females in the weeks ahead.