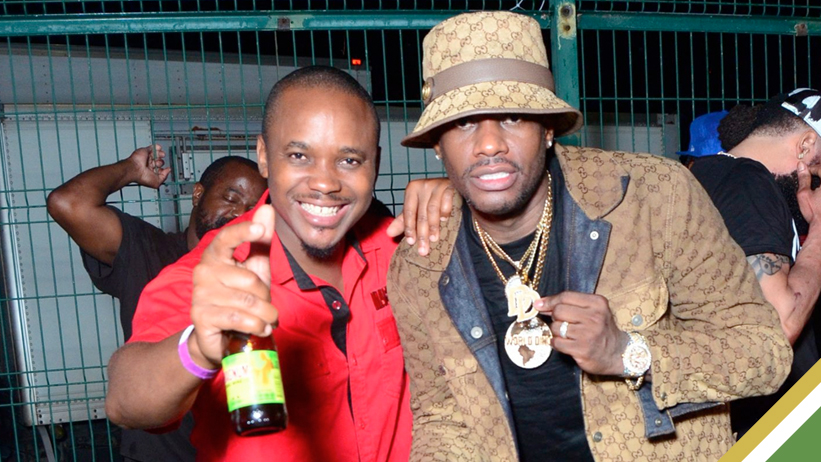 Magnum Tonic Wine, a popular alcohol brand in Jamaica, has renewed its partnership with Ding Dong. In this latest deal, the entertainer has been elevated to the position of “Chief Dancing Officer.” The revelation was made at Ding Dong’s birthday celebrations on Saturday night at the Parking Lot of the National Stadium.

“Tonight, we are all here to celebrate Ding Dong’s earth strong, and in true Magnum style, after four years, we are pleased to announce that we are re-signing him, not just as a brand ambassador but as a chief dancing officer. A big man ting this, we elevate di man contract. Magnum is proud to award this title, which is the first of its kind for the brand and a symbol of Magnum’s commitment to Ding Dong and to dancehall,” declared Magnum’s Regional Marketing Manager, Kamal Powell.

Since signing on as a Magnum brand ambassador alongside compatriot Spice in October 2017, the dancer turn recording artiste has been a part of the Magnum family.

Magnum has honed its position in the industry by promoting dancehall music and culture, earning it widespread recognition as the “drink of dancehall.”

Ding Dong’s ability to consistently raise the bar for dancehall with fresh moves and chart-topping music has been recognised by the brand with the awarding of this new title.

“We see Ding Dong as a cultural ambassador and an important part of the national music industry,” Powell said.

When asked how he felt about the announcement of his new title, Ding Dong said he was happy about it and planned to keep doing good work in the field.

“It’s a good feeling to know I’m being recognised in this way, it’s a real honour. And we know say we out here doing big things in dancehall and our culture, and we ago continue to do even bigger things and take the culture global,” Ding Dong added.