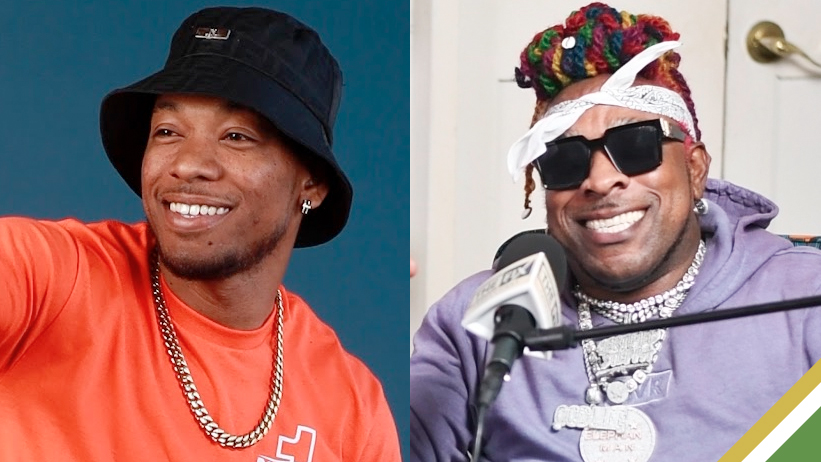 Utilising his Youtube platform, the Atlanta-based comedian known for his hilarious jabs at the ‘Energy Gad’ released an almost 16-minute long video explaining his reason for taunting the deejay throughout the years.

After playing a snippet of the interview with Elephant Man describing why he blocked him, Negus soon thereafter expressed his regret for his action and lauded the entertainer for being among his top 5 favourites in the industry.

According to Negus, “Elephant Man is a hundred percent correct, and to you Elephant Man, one of my top 5 deejays dead or alive, I apologise sincerely for anything or any video that I’ve created that left a bad taste in your mouth. My intention was just to make people laugh, not to hurt anyone’s feelings. I think__ No! I know; I got lost in the likes and comments and hundreds and thousands of views. I never once stopped to think how would this make Elephant Man feel….”

Further in the narrative, annexing that “Elephant Man to me is like Vybz Kartel is to a lot of people.”

Commentors of the video praised Negus for his professionalism and taking responsibility for his transgressions against the “Signal Di Plane” deejay.

During the interview, the colourful entertainer disclosed that he had no personal vendetta against Negus Imara but did not appreciate the consistent negative portrayal of his brand.

Meanwhile, Elephant Man created history on THE FIX podcast, becoming the first guest with the longest-ever interview. The engaging exchange with host Ari and Naro lasted over two hours.

Arguably the Caribbean’s biggest entertainment podcast, THE FIX, currently boasts a subscription of over 500,000 across 12 digital and streaming platforms.