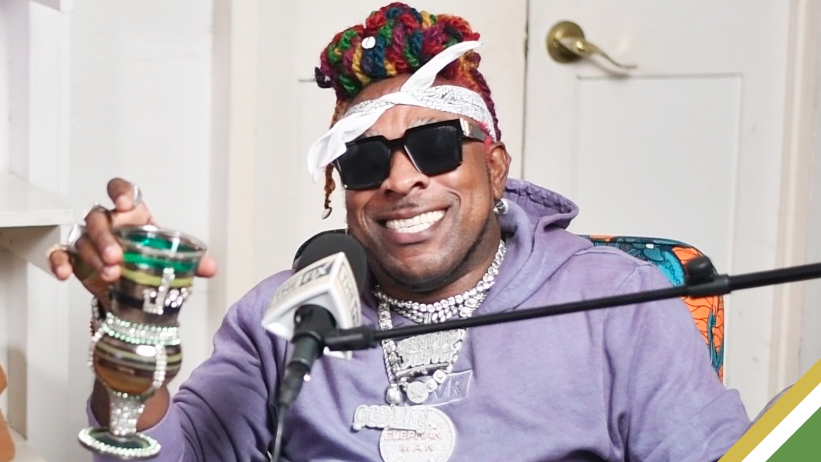 Fresh from his musical exploits in Europe, colourful entertainer Elephant Man recently stopped by THE FIX Podcast for a sit down with Host Ari and Naro, to address several topical issues that have plagued his career.

The longest-ever interview in the history of the Podcast, the two-hour exchange saw the Energy Gad tackling some of the most burning and controversial happenings, holding back nothing during the Q&A with THE FIX team.

Among the topics broached were the claims by Bugle, RDX and Coolface of not receiving compensation and credits despite their respective contributions in composing songs on his behalf. The ongoing rift with dancehall king Beenie Man and social media personality Negus Imara.

Naro, known for always addressing the “elephant” in the room, also quizzed him about being usurped by former protege Ding Dong; his alleged fight with Bad Boy CEO Diddy; the affinity for lifting fat women at his concerts; how many children he really has; his accomplishments and legacy and the most current rumours of fainting while preparing to go on stage at Alkaline’s recently held New Rules Festival at the National Stadium in Kingston.

The highly-anticipated interview will premiere on Monday, August 29, at midday via the Podcast’s official Youtube channel (Youtube.com/THEFIXJA).

Arguably the Caribbean’s biggest entertainment podcast, THE FIX, currently boasts a subscription of over 500,000 across 12 digital and streaming platforms.