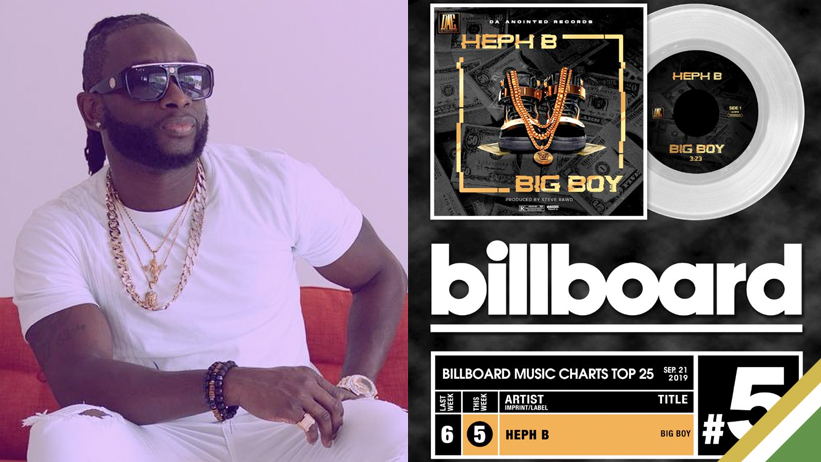 Following the recent success of his sophomore album AMARII, which has led to an uptick in demand, Billboard recording artiste Heph B is now in studio mode as work continues on the deluxe edition of his award-winning compilation.

The Jamaican-Nigerian hitmaker continues to reap the rewards from his 2021 release with millions in streams, several accolades and various corporate interests. For the deluxe album, plans are already afoot to enlist some top-tier talents.

According to Heph B, he is not at liberty to say much presently but hinted that talks are currently underway with several big names,

“I can’t say much right now, but we are working on something special for the deluxe version. Regarding a release date, maybe the end of summer or early in the third quarter of this year “, he divulged.

Initially released in November last year, AMARII charted at No.14 on the iTunes U.S. World Chart, and the hit single HIDE also captured the No.1 spot in South Africa, No.5 in the U.S. and No.4 on the U.K. World Chart.

Though not featured on the album, the club banger “BIG BOY“, produced by Steve Rawd, secured the No.5 position on the TOP 25 of the Billboard Charts, a first for any Jamaican within the Afrobeat genre.

Commenting on the achievement, Heph B said, “Great things come to those who are consistent and work diligently towards their goals.”

For Heph, these accolades are remarkable because it represents another step forward musically for African and Caribbean culture.