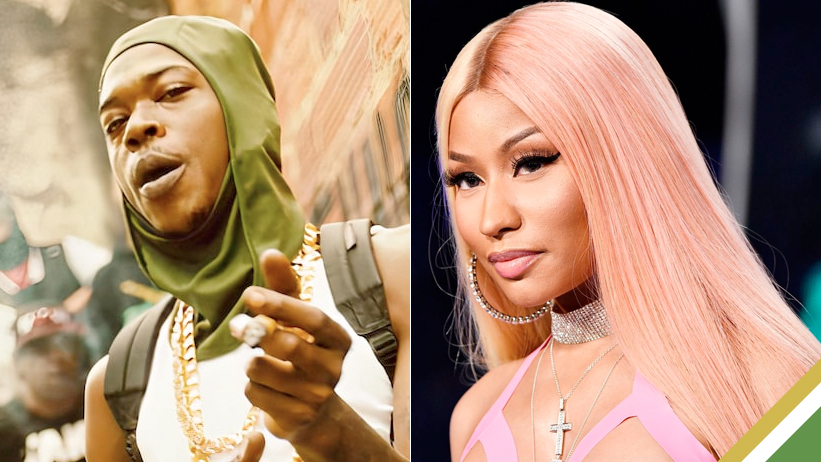 Dancehall star Skillibeng currently on a series of musical exploits in the U.S., recently stopped by the studios of Los Angeles’ Power 106FM to chat with DJ Carisma about several topical matters surrounding his career.

Probed about his meteoric rise in the game, the “Whap Whap” hitmaker used the opportunity to heap praises on Trinidadian rapper Nicki Minaj for her continued support of the Jamaican and dancehall culture throughout the years. Skillibeng informed DJ Carisma that Nicki’s sharing and subsequent collaboration on his “Crocodile Teeth” remix was a ‘power move’ that brought him increased opportunities and international notoriety.

“It was a real power moment because it was unexpected at the moment because you know no one in my team was like looking for collaborations or seeking collaborations from anyone__ we were trying to get the track to where it could be by itself, we were focusing on our part of the work and Nicki just came in,” – Skillibeng added.

Incarcerated dancehall star Vybz Kartel was also acknowledged by the St. Thomas deejay as his dream collaborator, which he’s checked from his bucket list of things to accomplish.

The RCA Records recording artiste was in Los Angeles making his debut at ECHOPLEX as part of his ongoing multi-city U.S. tour.

Meanwhile, after making a cameo at this year’s staging of Summer Jam held in East Rutherford, New Jersey, been added to the 2022 line-up for Rolling Loud New York. Set to unfold on September 23-25 at Citi Field in Queens, New York.